The importance of Cathays Cemetery to Cardiff is historically considerable. Opened in 1859, the cemetery is the burial place of many servicemen who died in the First World War. It features a Commonwealth War Graves section, marked by a Cross of Sacrifice to honour the fallen heroes. Cathays is the third largest cemetery in the UK and the largest in Wales. Many of the most ornate and elaborate monuments as well as the more modest memorials were carved and erected by Summers Memorials. These monuments and memorials generally have a major cultural and historical significance to the city as a whole.

Therefore, Summers were delighted to be given the opportunity to help the “Friends of Cathays Cemetery” when they organised an event in the cemetery to commemorate the 150th Anniversary of its opening. The day included guided heritage walks, stone carving displays and the release of a book to mark the occasion.

Our expert stonemasons crafted a polished black granite plaque inset to the face of a naturally hewn boulder, which was donated and erected as the centre piece of the commemorative celebrations. We were honoured to be a part of this momentous celebration for Cathays Cemetery. 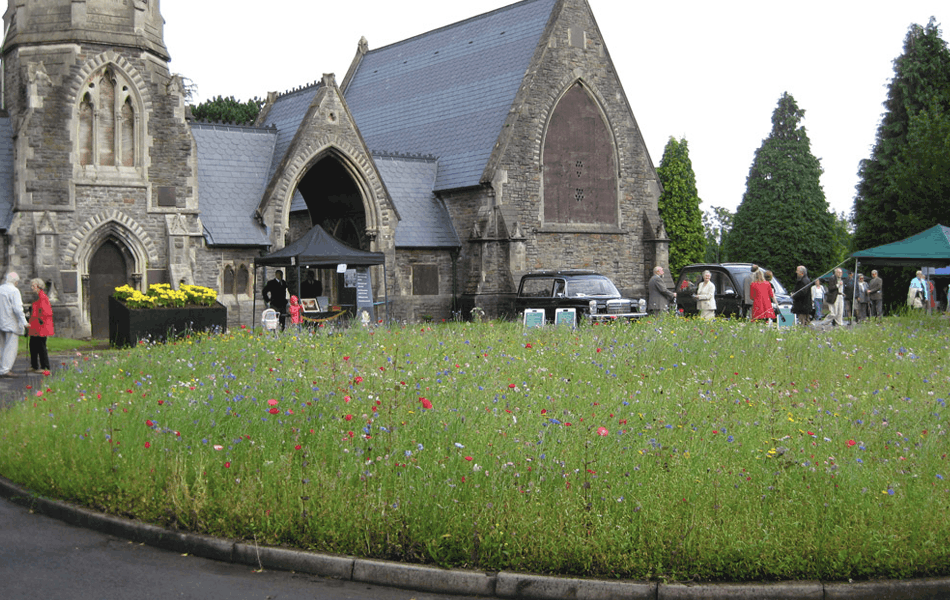 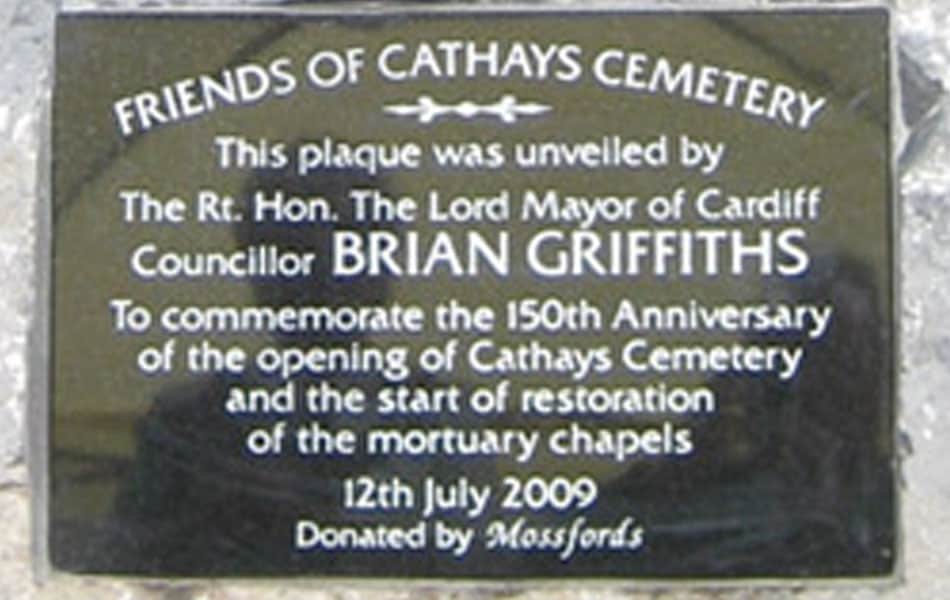 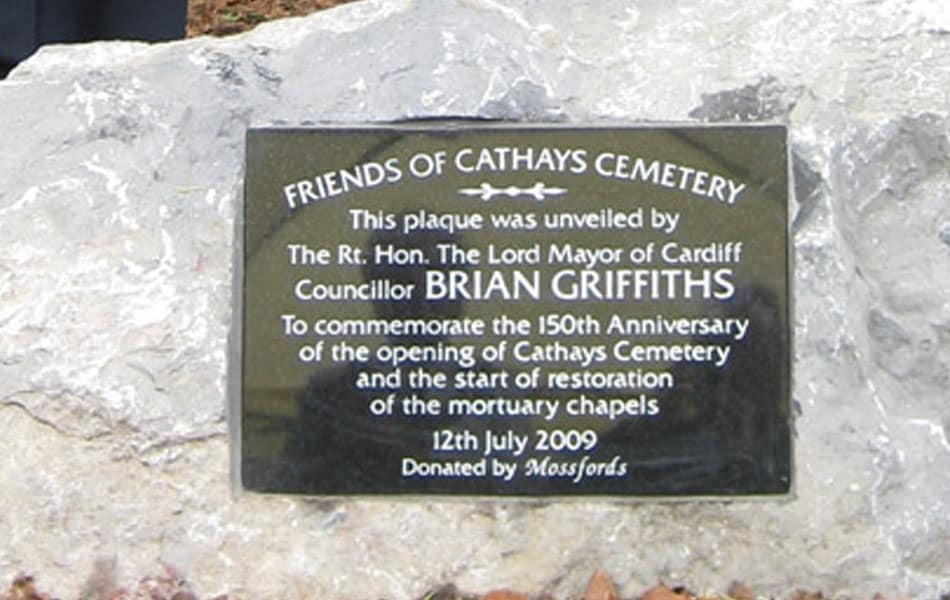