To mark the opening of the new International Swimming Pool in Cardiff Bay, Summers Memorials created an external display for the original Empire Pool plaque that was unveiled when the Empire Pool was opened on 18 April 1958.

The old plaque had been taken down by the demolition company who were removing the Empire Pool to make way for the Millennium Stadium. The plaques were securely stored for over ten years and were in desperate need of restoration and refurbishment.

After refurbishment, the plaques were carefully housed behind special toughened safety glass in a solid construction to the side of the new International Pool building, which was designed and built by Summers Memorials. The front fascia of the construction is clad with finest Welsh Slate with an inscription engraved in both English and Welsh, resulting in a stunning feature to this ultramodern cutting edge building. 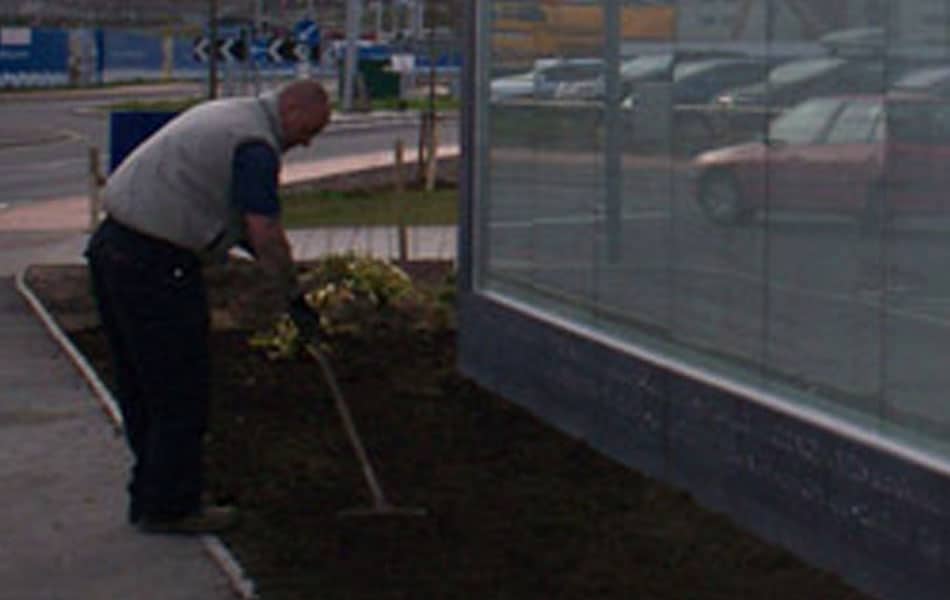 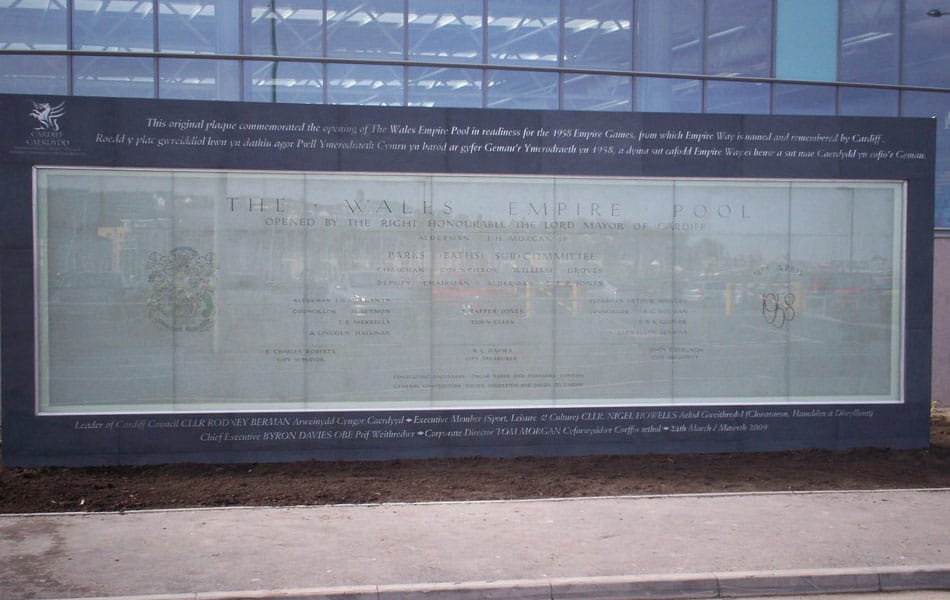 BOOK AN APPOINTMENT
Request a Brochure